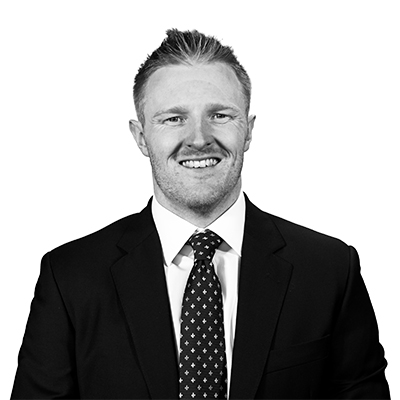 Gender diversity in the workplace: Why it matters and how to encourage it

I have always personally enjoyed working with female CEO’s. The female leaders I have been lucky enough to work with have all been inspiring, confident, challenging, and all set high expectations of themselves, those around them and their organisations. It has been a pleasure working with them and delivering for them. But currently, the number of female CEO’s is not where it should be.

For the last five years, the Hampton-Alexander Review has been looking to increase the representation of women in senior leadership positions and on the board of FTSE350 companies.  In 2016 when the review first launched, only 23% of board positions were occupied by women.  Fast forward to present day and it is now 34.3% on all FTSE350 Boards.

Whilst Gibson Watts' Executive Search function was not able to be a part of it, we do strive for a diversity and inclusion agenda with every search we undertake, promising to shortlist at least one female leader, and currently have a placement rate of 50% for all positions being secured by women.

Why is gender diversity so important?

The Women Count 2020 report looked at profitability of companies with women on the board, compared with those that have no women. “The UK economy and shareholders have missed out on an additional £47 billion in pre-tax profit”, authors Margaret McDonagh and Lorna Fitzsimons noted.

Analysis of data found the gap between the net profit margin for companies without any women on their executive committees and those which did embrace a level of gender diversity in senior positions was the biggest they had recorded in the five years of producing the research. This is illustrated in the graph below.

A recent study published by Cranfield University backed this up further. It showed that when organisations showed greater gender diversity, they are more profitable, and those which have women on their boards enjoyed higher market valuations.

Clearly there is more to be done, and whilst female representation among boards across the FTSE100 is increasing, this is mainly reflected in the positions of Human Resource Directors and Company Secretaries.  According to the Global Gender Gap Report 2020, it will take another 100 years to achieve gender equality based on the current rate of progress.

How can organisation’s help improve gender diversity in the workplace?

Creating targets is a tool for change. When implemented thoroughly and ambitiously, targets create scrutiny and unrooted bias across key talent management processes. However, it is important these are adhered to and procedures and processes are put into place to help facilitate this.

Organisations need to continue to address the shortfall of female leaders. A good starting place could be to:

There are many organisations out there supporting gender equality, the Hampton-Alexander Review was a business-led initiative that most global executive search firms took part in to help lead the way.  Others like Ernst and Young (EY) publish an annual Women to Watch report, highlighting 100 inspiring senior women business leaders well-suited for positions on FTSE 350 companies now or soon.

In the US, the Department of Labour now ranks soft skills as more important to the fundamental success of a company than technical skills.  Soft skills, or emotional intelligence, can also include traits like communication, critical thinking, or collaboration.  It is this area where women have been proven to hold a key advantage over men.  In a recent study by Hay Group, a global consultancy, they found that women outperform men in 11 out of 12 key emotional intelligence competencies.  The same study proposed that if men employed similar levels of emotional intelligence, they would be far more successful.

All business owners face challenges, from keeping investors happy, maintaining cash flow and consistent growth. Yet, women continue to face additional and unique obstacles they need to overcome, simply because of their gender.  Organisations will need to do more to support women who want to have a career and a family. Organisations like Patagonia offered “family leave for men and women” back in 1984, as well as having onsite childcare services or school bus runs from company offices.

Gender diversity in the workplace policies will need to change at the highest level if there is to ever be any true parity.  Until then organisations like Gibson Watts, and others, will continue to do what we can to support a diverse and inclusive hiring agenda for all our clients.

TOP
We use cookies on our website to give you the most relevant experience by remembering your preferences and repeat visits. By clicking “Accept All”, you consent to the use of ALL the cookies. However, you may visit "Cookie Settings" to provide a controlled consent.
Cookie SettingsAccept All
Manage consent

This website uses cookies to improve your experience while you navigate through the website. Out of these, the cookies that are categorized as necessary are stored on your browser as they are essential for the working of basic functionalities of the website. We also use third-party cookies that help us analyze and understand how you use this website. These cookies will be stored in your browser only with your consent. You also have the option to opt-out of these cookies. But opting out of some of these cookies may affect your browsing experience.
Necessary Always Enabled
Necessary cookies are absolutely essential for the website to function properly. These cookies ensure basic functionalities and security features of the website, anonymously.
Functional
Functional cookies help to perform certain functionalities like sharing the content of the website on social media platforms, collect feedbacks, and other third-party features.
Performance
Performance cookies are used to understand and analyze the key performance indexes of the website which helps in delivering a better user experience for the visitors.
Analytics
Analytical cookies are used to understand how visitors interact with the website. These cookies help provide information on metrics the number of visitors, bounce rate, traffic source, etc.
Advertisement
Advertisement cookies are used to provide visitors with relevant ads and marketing campaigns. These cookies track visitors across websites and collect information to provide customized ads.
Others
Other uncategorized cookies are those that are being analyzed and have not been classified into a category as yet.
SAVE & ACCEPT